The Pathway to the Recording Studio

In 2006, when Spirit communicated that Jennifer and Gordon would be working together, neither had any notion as to what Spirit had in mind, but in 2008, when Gordon was invited to record additional tracks for the delightful Australian Educational Children’s Book, “Ozzie-Pozzie’s Rhymes for Ozzie Kids”, written by his colleague, Patricia Vivian-Lall, given that his Technics organ was already in the recording studio, he was “impressed” to invite Jennifer into the studio, to record some of her beautiful inspired Meditations, under which, he would play the musical accompaniments.

Thus the creative team of Jennifer Valls and Gordon McKenzie had been born!

Their recording sessions in November and December, 2007, resulted in three excellent CD’s. There are two Guided-Meditation CD’s of impeccable quality, featuring Jennifer and Gordon: “TEMPLE OF LIGHT” and “JOURNEY ONTO SACRED GROUND”. Each CD features a spiritually-enlightening introduction, delivered by Jennifer, over the accompaniment of beautiful new piano compositions composed and played by Gordon.

The blend of the Meditations with the Musical-Accompaniments is absolutely exquisite! The Valls-McKenzie teamwork is divinely-inspired and the result is clearly evident.

Their recordings are truly awesome!

If you meditate, the Valls-McKenzie CD’s are a must for you!

The third CD: Tears of Joy, features 74 minutes of continuous piano music. It was “inspired and consequently, is exquisitely divine”.

“Tears of Joy” is exquisite piano music to “soothe the soul” and perfect for relaxing in every situation, including when driving a car. 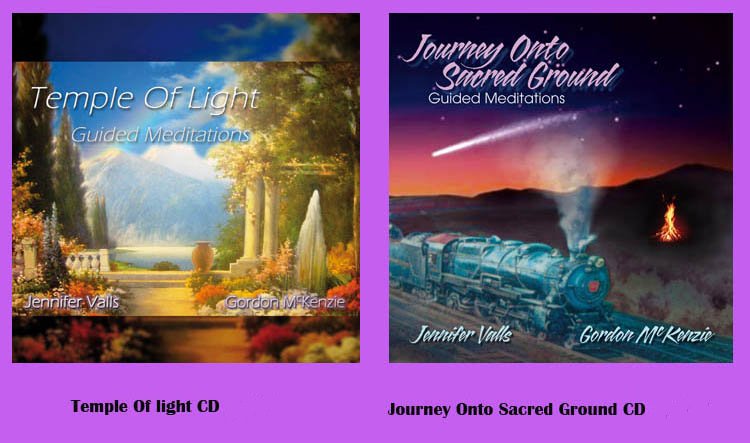 Temple of Light and Journey onto Sacred Ground both consist of 3 tracks, including:
An Introduction and Guide to Meditation, plus Two exquisite Guided Meditations, narrated above gentle music.
Just under one hour in total. 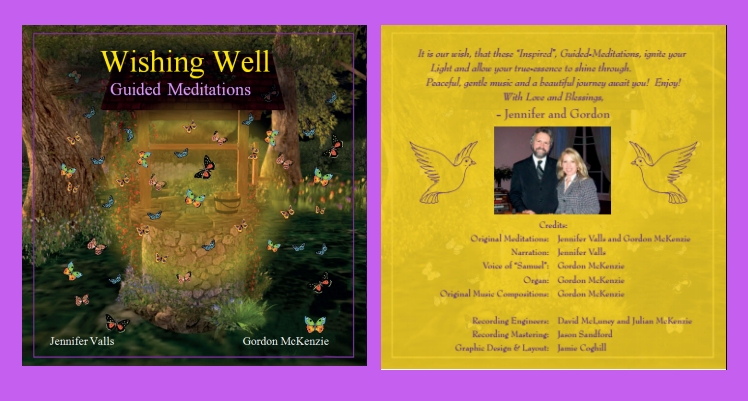 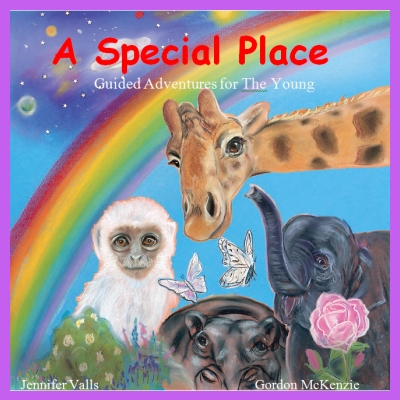 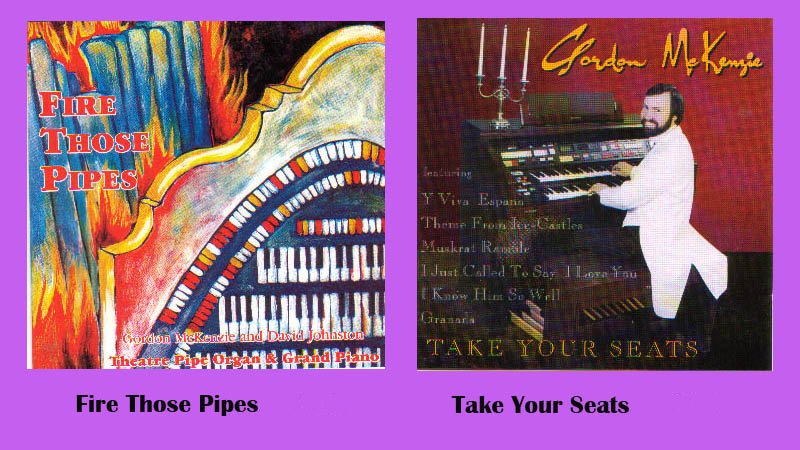 Fire Those Pipes
Concert and Popular Favourites, played on the Mighty Wurlitzer Theatre Organ, including:
The Phantom of the Opera, The Man from Snowy River and The Dambusters' March (with sound effects).
Take Your Seats
A pot-pourri of popular, toe-tapping, romantic and sentimental favourites, including:
Theme from Ice-Castles, The Lonely Shepherd, Muskrat Ramble, Love Changes Everything, Twilight Time, I Just Called To Say I Love You, plus many more!

Gordon McKenzie and Jenny Valls have worked together teaching meditation and healing for a couple of years now and finally they have produced two very high quality meditation cds, suitable for the beginner to the very experienced individual. Gordon is a very accomplished musician. If you want music to relax and heal with then consider his albums Fire Those Pipes, and Take Your Seats. If you wish to purchase any CD, you can email Gordon (link above). Fire Those Pipes and Take Yours Seats are also available on audio cassettes at $15.00 each plus the same postage as the CD's.

All CD's are available directly from us.